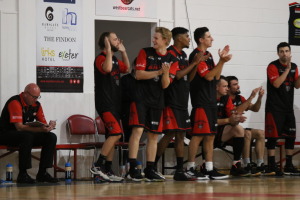 West Adelaide fans would have been feeling good after their 34-point crushing of Woodville. However, the side may not have it so easy against a plucky Panthers outfit. South Adelaide fell just three points short of the 8-2 Forestville Eagles, despite possessing a record of just 3-7 themselves. 2019 AFLW All-Australian Anne Hatchard has been damaging for the Marion-based club, averaging 15 points and nine rebounds in her first four matches for the Panthers. Could she lead her team to victory against an ominous well-balanced Bearcats side?

MEN by Daniel Renfrey
West Adelaide grabbed an important and gutsy 87-95 win over the Warriors in Round 10. The team played some great team offence, sharing the ball to create good looks and producing 25 assists on just 10 turnovers as a result. Jefferson was again the standout for the Bearcats, recording 31 points, 11 rebounds and 4 assists. However, he also had great support from Truslove, Kubank and Rennie, who combined for 47 points. The Panthers’ struggles continued in their big loss to the Eagles, with the side not being able to put up much of a fight on either end of the court. While Allmon scored over 20 points again, he did not have much support from enough of his teammates. The team also found it hard to bring much defensive pressure to the Eagles offence, and will need to do that this weekend if they want to beat West Adelaide. With the Bearcats up and about after their Round 10 win though, they’ll be hard to stop.