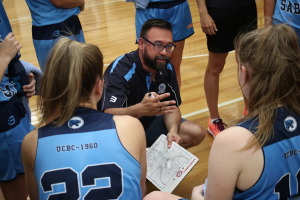 Coming off a humbling loss to the Flames, the Sabres will be looking to return serve to the high-flying Eagles. Currently on a four-match hot streak, Forestville have found a new spark in three-point slinger Chelsea Roberts, and consistently find the win week in, week out. In a battle between first and second, the league’s only 8-2 sides will be sure to put on an entertaining affair at Pasadena. Sturt’s Kylee Smith could prove the difference, the forward has put up 20+ points in her last four matches, taking this league by storm since her arrival.

MEN by Daniel Renfrey
Sturt suffered yet another loss in Round 10, going down to the Flames 79-102. The side found it hard to play through the defence Norwood brought to the game, shooting poorly and giving up 20 turnovers. While this meant they gave up some points off turnovers, the Sturt defence also could not cope against Norwood’s offence, with the Flames scoring 63% of their 2-point shot attempts and 48 points in the paint. Forestville were contrastingly impressive over the weekend however, defeating the Panthers 77-110. The Eagles were dominant inside with a huge 64 points in the paint. They also played stellar defence, holding South Adelaide to 23% from distance and forcing 14 turnovers. Mays was brilliant with 33 points and 12 rebounds and also got great help from Teys and Rios on the scoreboard. If Forestville bring their game on both ends of the court, they should get a relatively straightforward win in this one.