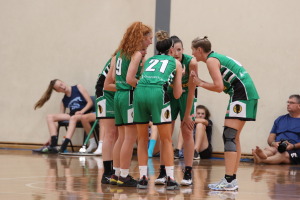 Act Two of The Battle of the Mount continues this Saturday, with the Pioneers looking to enact revenge at the Ice House. The Mavs will take some stopping in the front court, with Steph Ratliff and Carmen Tyson-Thomas humiliating Mount Gambier in last Sunday’s encounter, a nine-point win to Mount Barker. However, Amanda Frost put up 28 points in the gritty loss, and the enigmatic star will look to guide her side to a victory that would keep the Pioneers in touch with the five.

The Pioneers split their back-to-back games over the weekend, losing to the Tigers by 8 points but defeating the Mavericks 85-107. The team was impressive defensively against Eastern, providing strong coverage, closing out well and keeping them to under 50% shooting from 2-point and 3-point range. They also recorded 7 blocks and 12 steals. Offence was also not a problem, with Barkley, Tom Daly and Rathjen combining for 73 points and 15 assists. The Mavericks will be hoping they can withstand the tough Pioneers defence on Saturday and take care of the ball, after shooting poorly and turning the ball over 18 times over the weekend. Additionally, they will need to improve on their free-throw shooting, after they shot 13-27 from the line in Round 10. If Brandon Morris, who had 27 points and 9 rebounds, can get a bit more support from his team and the Mavericks play strong defence they may be able to steal a win. However, it is hard to bet against a Pioneers side who, for the most-part, produce some very strong basketball.