What We Learned Round Ten 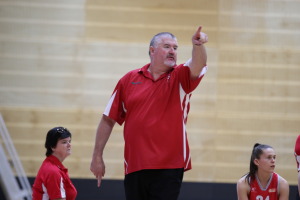 Prepare for trouble; and make it double!

The Rockets had a weekend to savour in the northern suburbs of Adelaide, notching back-to-back wins on Saturday and Sunday to double their season win tally and stay alive in the hunt for finals basketball. First, North Adelaide got it done in Gawler, fighting their way to a 13-point win over the winless Lions. Then back at Hillcrest, the Rockets fought past a spirited Warriors outfit to grab the Sunday win, plenty of credit going to the in-form Tayla Corrigan who had herself 26 points and 10 rebounds in the five-point win. Could their season be turning around under Joynes?

A nail-biting encounter unfolded between the table-topping Sabres and fellow Championship rivals Norwood on Saturday night. The stage was set for a tantalising finish when Elissa Brett hit her fifth triple of the match in the last quarter, cutting Sturt’s deficit to just two points with five minutes remaining. However, when Norwood’s Chloe Purvis faked out Sabres import Kylee Smith to put the Flames up by four, something shifted at Pasadena. The basket sparked a 13-0 run for the visitors, with Purvis, Cara Annetts and Tess Bruffey doing the decisive damage, the Flames running out winners by 16-points.

The Bearcats enjoyed a convincing 34-point win over the Warriors on Saturday night in a sensational team effort, but it was a period in the third term that had heads in hands at St Clair. With Woodville trailing by eight, 39-47, with six minutes remaining in the quarter, West Adelaide put their foot down. The Bearcats would enjoy a 18-0 run, seeing out the quarter leading by 26 points. The win keeps Nagy’s side in the five for now, but with sides above them vulnerable, maybe greater things are on the cards for West.

Roberts flying as an Eagle

It took time for Chelsea Roberts to settle at her new club, shooting threes at just eight percent in her first four matches for Forestville. However, the talented guard has since caught fire, hitting back-to-back-to-back 20+ point games as the Eagles continue to chalk up wins. Roberts has hit 13/26 from the three-point stripe in those matches, playing a crucial role with 20 points, eight rebounds and four assists in Forestville’s narrow three-point win over South Adelaide on Saturday night.

Bigs ball out at Mount Barker

Always a fearless combination, Steph Ratliff and Carmen Tyson-Thomas had the ball on a string on Sunday afternoon in their nine-point win over the Pioneers. Tyson-Thomas’ tremendous 38 points were back up by nine rebounds and four steals, while Ratliff plucked 24 boards to go with 13 points and four blocks! With Mount Gambier big Pachiyaanna Roberts in foul trouble throughout, the Mavs tore up the rebound count, 59-35, proving crucial in the win at St Francis de Sales.

Active hands and feet for the flames!

We know we are sounding like a broken record, but every week we discover something new about the Norwood Flames. Round 10 saw the Flames take down the Sabres by twenty-three while scoring 22-points in transition. Norwood’s ability to work both ends of the floor is one of the main factors why they dominate each floor they play on. Saturday night, Norwood forced the Sabres to turn the ball over 20 times off 12 combined Flame blocks and steals. Make sure you keep the ball safe around the Flames because their ability to work both ends of the hardwood is a strong reason as to why they lead the league.

Offensive Click Rockets collect Back-to-Back Wins:
The North Adelaide Rockets saw double the action for round 10 and managed to pick up two wins in the process. As a side, the Rockets appeared to click more on the floor and in turn had their starting 5 hit double figures in both games except Darcy Aistrope, who finished with 9 against the Warriors in an overtime bout. The Rockets found the bottom of the net more often than not shooting 54 percent from the floor in both fixtures and had their largest lead top 36-points against the Warriors.

Bearcat Patrick Thomas’ passing talent was on display against the Warriors Saturday night. Thomas unfortunately missed out on a Triple-Double after notching 5-points in a 13 rebound and 11-assist outing. A statline like that is already stunning, but the most impressive part of his outing was the fact he dished off 11-assists with ZERO TURNOVERS. For 2019 Thomas is averaging 14-points, 9-rebounds and 4-assists and has shown a glimpse of what can be. If Thomas is feeling it from the floor and the rest of the Bearcats are clicking (Jefferson 31-points, Truslove 20-points and Kubank 15-points), prepare for quite the spectacle.

Send the Eagles to the Line

Another week and another win for the Eagles although this week we aren’t praising their gameplay. Despite overcoming the Panthers, the Eagles struggled to convert from the line and shot just over 50 percent from the stripe. Another example of the Eagles struggling from the line and it showing on the scoreboard was last week against the Pioneers. After missing only a few Free Throws, the Pioneers were able to hold off Forestville by a mere four points. At this stage, there aren’t many weaknesses of the Eagles but this is one every team may be able to exploit and put on their coaching whiteboards. With any luck, this would be enough to slow down the flying Eagles and give yourself a fighting chance.

Make sure you get back on D!

In another back-to-back contest, the Pioneers showed what they could do on transition if given the opportunity. The Southern Tigers were able to contain the pushing Pioneers and held them to only 10 points on the break compared to the struggling Mavericks. To say the least, the Mavericks need to do better when getting back on defence after Mt Gambier had their way on the break. The speed the Pioneers pushed the ball up the floor was on show after they notched an incredible 33-points on the fast break. Keeping the Pioneers in check is a must for all teams who want that win.