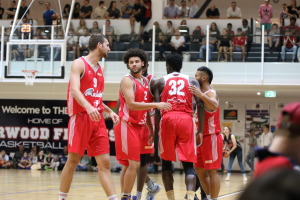 The second game for the weekend for both teams as they face each other on a Sunday afternoon. The Rockets would have played the Lions the Saturday night, and the Warriors would have played the Bearcats so neither will have a significant disadvantage coming in to Sunday’s fixture. The Warriors know they need to keep winning if they're to make the finals as they are one of five teams trying to get the last two finals spot.

The Rockets and Warriors will face off in a back-to-back in Round 10, in what will be a big game for both sides so close to each other in the standings. Both teams possess a strong defence and offensive play-styles which can hurt almost any opposition. Woodville will be eager to put their loss against the Pioneers behind them, but they will need to battle hard inside against players like Starling, McVeigh and Dowdell, and will also need to try and absorb the defensive pressure the Rockets are capable of applying. North Adelaide will undoubtedly look to rebound, run and also execute in the paint against this Warriors team. If they can stay reasonably fresh after playing a day before, it is hard to see the Rockets’ hard defence and stacked offence being denied this time around.