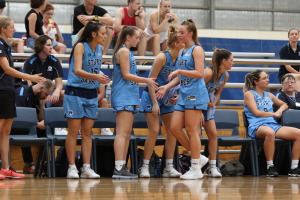 The Flames are looking to take another big scalp after beating the Eastern Mavericks on
ANZAC day. Norwood followed that up with another win over the Tigers two days later. Sabres had a dominating week scoring over 100 points in both their fixtures; they grabbed the win in both games as well. Kylee Smith will be the player the Flames have to watch while the Sabres will be looking out for Tess Bruffey who put up 25 points and 15 rebounds against the Tigers on Saturday.

After 9 rounds, Sturt are now the league’s only winless team, their 107-88 performance against the Lions being the most recent of 8 losses. While the Sabres were able to improve their 3-point shooting against Central Districts, hitting 12-17, they were not able to get a handle on their lack of ball security, turning it over 17 times and paying a hefty price. Their team defence was also lacking, as they allowed the Lions to score 58 points in the paint. Meakes was strong for the Sturt side, scoring 24 against the Lions. However, he will need more help against the league’s top team. Norwood’s recent win over the Tigers further solidified them as a candidate for the championship this season. The team played tight defence and an offence with a high amount of ball movement, creating good looks and tallying 24 assists. Legan, Brine and Moultrie all stood out for the Flames, combining for 73 points, 28 rebounds and 7 assists. With the Flames burning this bright it is hard to see them losing.