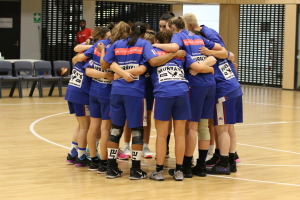 Both teams are having a down year this year as both anchor the ladder. The Rockets would have expected a better title defence but at this stage, hope to show improvements for the next year. Jazmen Boone for the Lions continues to shine brightly as teams still struggle to stop her. Both sides lost both their games in the both round 8 and 9, so will be looking to rectify that this weekend.

The Lions will be feeling confident heading into this weekend’s game after doing away with the Sabres 107-88 over the weekend. The team managed to produce some well-rounded offence, hitting 13-16 3-point shots and 33-56 from inside the arc. The defence was also locked in, closing out well on the Sturt shooters and forcing 17 turnovers by the Sabres offence. Dau, Diing and Riewer were deadly, combining for 70 points. The Rockets were also successful in Round 9, defeating the Bearcats 77-81. The Rockets defence was the deciding factor in that game, clamping down on the opposition’s offensive weapons, accumulating 16 steals and forcing 20 turnovers. Johnson and McVeigh also starred, combining for 48 points, 8 steals and 15 rebounds. With both teams being in good form and strong on both ends of the floor, this should be a close one. Dowdell, Starling, Johnson and McVeigh may be too hard to handle for the Lions though.