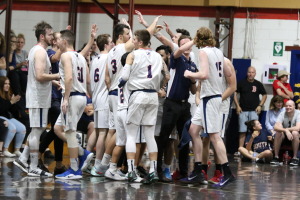 The Mavericks will be eager to grab a win in Round 9 against a South Adelaide team who have looked very vulnerable so far this season. The Eastern starting 5 has been extremely impressive as of late, sharing the load on offence and coming together to compete well against their opposition on defence. This will be hard to overcome for the Panthers, who have played glimpses of strong basketball this season but have failed to do so for a whole game, especially against strong opposition. The side will need strong performances from Allman and the rest of the starting 5, as well as the bench, if they want to get a win in this one. However, it may be hard to stop the Mavericks on offence and also overcome their defensive work, making an Eastern win more likely.

If you haven't seen Carmen Tyson-Thomas play yet, do yourself a favour and get out to St Francis de Sales this weekend and watch her. It's incredible watching a player of her skill score and contribute on every possession. Tyson-Thomas had 30 points, and eight rebounds in the win over the Tigers and is leading the league in ppg. The Panthers will have their work cut for them trying to stop her. The Panthers have their own weapon in Mollie McKendrick who is averaging 19 points and 12 rebounds for the Panthers. Last weekend, the Tigers beat the Lions by ten as McKendrick scored 14 points and grabbed 11 rebounds.