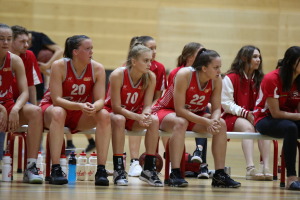 Jasmin Fejo was stunning last week in the loss to the Tigers last round. Fejo had 32 points and
seven rebounds coming off the bench for the Bearcats. However, she would like the last minute
over again if given a chance as she missed two big threes at the end of the game as the
Bearcats would fall to the Tigers by 4 points. The Rockets previous undefeated season is
getting further and further away and their chances at the finals this season is getting longer and
longer. The Rockets' Tayla Corrigan had a great game against the Pioneers last week with 17
points and 15 rebounds, however, the Rockets could not get the job done as they fell to the
Pioneers.

The Bearcats and Rockets will square off in Round 9, with both teams looking to grab an important win for their 2019 campaigns. Both of these teams love to move the ball around on offence and shoot a range of shots inside and outside. They are also both capable of clamping down on defence and limiting the amount of shots their opponents get each offensive trip with strong rebounding. The result of this one will depend on the inside battle and who can make their presence on the glass felt. The battle between star players like Jefferson and Kubank, and Dowdell and Starling will also be a key factor. The Rockets’ ability to rebound and run and gun may very well get them the win over their opposition this time around though.