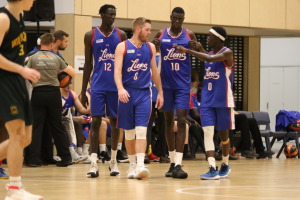 The Lions are having a tough season, and it only gets more robust as they face league leaders
the Sturt Sabres. The very shining bright light at Central Districts is the exceptional play of
Jazmen Boone. Boone scored 25 points and grabbed 17 rebounds last week as the Lions would
go on to lose to the Panthers, Boone needs help if they are any chance to beat the Sabres.
Sturt has started the season strongly, with only one loss this year. Ruby Porter, Kayla Mathews,
and Danielle Angley are just a handful of players that have led the way for the Sabres this
season.

The Lions will have a good opportunity to add another win to their record on Saturday when they go up against a Sturt side who have struggled greatly to start the season. The ability of the Lions to score in the paint as well as from deep is something which will cause the Sabres defence a lot of problems. The starting 5 of the Lions, led by Riewer, has also been impressive as of late and their continued strong performances will be key to their potential success. The Sabres have struggled to take care of the ball and defend the paint for the majority of the season so far and this is something they will absolutely need to do if they want to defeat Central Districts. This does seem unlikely against a strong Lions side however, and Central Districts should be firing themselves to another win.