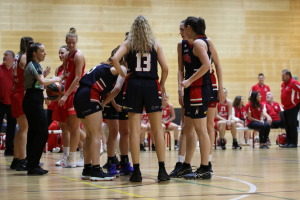 Shannon Webber has led the way for the Flames this year; the Flames captain is averaging
13.57 pts, 4.57 rebs, 3.29 asts this year and while averaging a staggering 37:38 minutes a
game. The Flames are down in sixth at the moment and in the second game of the week play
the Southern Tigers. The Tigers beat the Bearcats last round with Denelle Fawcett performing
for Southern scoring 12 points and grabbing 16 rebounds. The Tigers will have their work cut
out for them as Webber, is joined by Tess Bruffey and Cara Annetts who consistently perform
for the Flames.

This matchup featuring two sides who have been very impressive as of late should be an extremely entertaining one. Norwood’s ball movement and ability to score from any spot on the floor has been a major asset for them and will undoubtedly play a big part in this game. The stacked line-up of Legan, Lycett, Brine and the Webbers will be a hard task for the Tigers to overcome on the offensive end and contain on defence. Norwood will also have some talent to deal with though, with Turnage and Drmic proving to be absolutely deadly on both ends of the floor. Southern’s ability to score inside will also be a big factor in the result of this one and if Norwood can somewhat quell that aspect of their opposition’s game it will put them in a great position. This game could go either way but it is hard to go against the Flames at home.