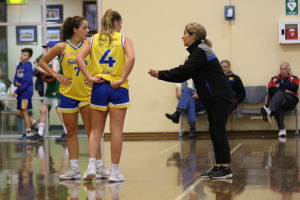 The Eagles sit in second this week but with two games in quick progression could drop to as low as 6th if they perform poorly and other results don't go their way. That's the worst-case scenario for the Eagles, and after last week's performance against the Norwood Flames, it would be a shock if that were to happen. The Eagles feasted on the previous weekend against the Flames, as they had 34 points in the paint. The Lions, on the other hand, fell short again, this time to the South Adelaide Panthers. The Lions have had a lot of heartaches this year as they continue to battle hard but ultimately fall short.

The Eagles’ 85-84 loss to the Flames was undoubtedly a hard pill for the team to swallow. The team produced a lot of good basketball, moving it well on offence and providing good coverage for each other on defence, but did not have it in them to pull out a win. Deng and Mays were the high performers for Forestville, scoring 53 points between them. They will need a bit more support from their teammates this week and the team will also want to cut down on the turnovers. The Lions were strong against the Panthers in Round 7, their offence producing a widespread scoring output and their defence holding South Adelaide to below 80 points. Riewer was strong with 24 points and 5 steals, and if his team can continue to support him and also cut down on their turnovers against the Eagles, they might have a good chance at an upset. However, defeating Forestville has been almost impossible so far this season and they will be coming into this one extremely motivated after their Norwood loss.