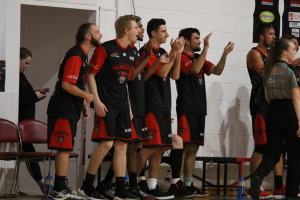 The Bearcats find themselves in fourth position, one win behind the Eagles in second but also
with a game in hand. This week they face a Warriors team that is coming off a loss to the
Sabres in the past round. The Warriors gave up 30 points from deep and they will have to defend the 3 line better if they want to win this week. The Bearcats are coming off a close loss to the Tigers, West Adelaide had 16 steals and turned the ball over less than the Tigers but still couldn't get the job done. The Bearcats will be out to the right that wrong this weekend.

West Adelaide’s loss to the Tigers must have left a bad taste in the mouth of the coaching staff and players, especially after leading to the club sliding down to 8th position on the ladder. While the team performed reasonably well on the offensive end despite Southern’s defensive pressure, they struggled greatly to contain the Tigers offence spearheaded by Drmic and Turnage. If the side can improve on their defence from Round 7 then there is no reason why they can’t really take it to the Warriors. Woodville moved themselves up to 7th position on the ladder after their win over the Sabres. Their defence was strong, accumulating 10 steals, and their offence and offensive rebounding was also clicking. Perry was fantastic for his team as well, with 40 points and 6 rebounds. This will be a big game for both sides so close to each other on the ladder and could go either way. Look for West Adelaide to bounce back after a disappointing result though.