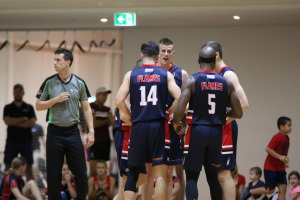 The Mavericks are on fire at the moment, they have won 5 straight with the closest margin being 12 points. The Flames are sitting in 6th with a record of 3-5 and a coming off a loss to second place Eagles. The Flames shot a measly 16/69 from the field in the loss and will have to do a lot better this week if they are any chance against the Mavericks. The Mavericks starters were exceptional last week in their win over the Tigers. They outrebounded the Tigers' starters by 15 rebounds, as the Mavericks starts grabbed 34 rebounds to the Tigers 19.

Norwood achieved their best win of the season so far in Round 7, defeating the Eagles by a point in their top of the ladder clash. The team’s ball movement – they had 20 assists – and offensive execution when it mattered got them over the line. They also defended the perimeter very well, keeping Forestville to only 22% from distance. Legan and Brine were great for their team, combining for 50 points and 15 rebounds. On the other hand, the Mavericks will be disappointed about Round 7 after losing to the Tigers by 4 points. While the team rebounded very well and produced some great offence, the fact they turned the ball over 20 times came back to hurt them. Bald and Morris were the outstanding performers for Eastern, combining for 51 points, 8 assists and 17 rebounds. They will need to be at their best again if they want to have a chance of defeating the Flames, but it seems unlikely this Norwood team will go down so soon after defeating the Eagles.