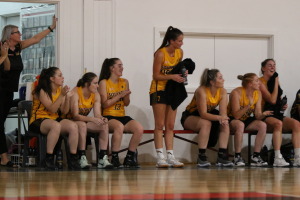 The Rockets and Tigers are both having seasons to forget, they both share the same amount of
wins at two, albeit that the Rockets have played two more games. The Tigers had to face the
in-form side of the competition in the Mavericks last weekend and stuck close to them until the
start of the 3rd, where the Mavericks went on a 10-2 run and opened the lead up to 13 points.
The Tigers tried their best to claw their way back but ultimately fell short. The Rockets also had
a rough game as they fell to the Pioneers by 25 points. Both sides will want a win to try and get
their season back on track.

The Rockets will be disappointed with their performance against the Pioneers, in which they lost 105-88, and will be desperate to right their wrongs against the Tigers this Anzac Day. The North defence could not hold Mt Gambier, allowing 66 points in the paint and only forcing 8 turnovers. The offensive output from the side was widespread but they will be hoping to shoot at a better percentage against the Tigers. Southern had an extremely successful Round 7, winning against both the Mavericks and the Bearcats. Inside scoring and intense defence were the themes for the Tigers over their games, scoring the majority of their points inside and making their opposition work for their offensive success. Drmic and Turnage were of course dominant as well and are starting to reveal themselves as one of the strong duos in the competition. The star player matchups in this game are extremely exciting and the result may depend on whichever stars perform better. With Turnage and Drmic in this run of form the Tigers might be too hard to bet against.