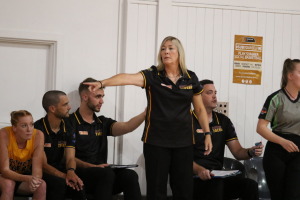 Just over a month ago these teams faced off with the Bearcats coming away with a 20-point win. Tomorrow night the Bearcats travel down south to Morphett Vale after a week off whilst the Tigers lost to the Mavericks by 12 points on Saturday night. The Tigers lacked offensive prowess against the in-form Mavericks struggling to convert from turnovers, scoring just 8 points from 20 opportunities. Last time these teams met, Sky Langenbrinck scored 21 points and Ashleigh Spencer had a double-double of 17 points and 11 rebounds. For the Tigers, Isabella Stratford was the main contributor with 18 points and 7 rebounds. The Bearcats had 23 assists while the Tigers could only manage 9. Sharing the ball around in a stronger team effort will be key for the Tigers.

Southern will be hoping to follow up on their impressive 105-101 win against the Mavericks by defeating the Bearcats in their second game of the round. The Tigers played suffocating defence against Eastern, accumulating 11 steals and forcing 20 turnovers. The offence was also strong, with Turnage providing 32 points and 4 assists to go along with his 12 rebounds and 7 steals, and Drmic also chipping in with 29 points and 4 assists. The Bearcats struggled in their Round 6 game against Forestville, finding it difficult to overcome their defensive pressure. Kubank was strong for his team however, with 26 points and 6 rebounds. He also had good support from Jefferson, who recorded 19 points and 11 rebounds. The Bearcats will be eager to get back to winning ways against the Tigers but if they cannot come together and play a strong game as a collective both on offence and defence then they will be in trouble. As both teams are hungry for a win, this should be a closely fought out contest. However, it is hard to see Southern losing this one at home, especially with Turnage and Drmic firing on all cylinders.