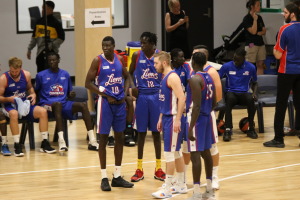 The Panthers have been up and down this season, last week saw them lose to the Pioneers. Mollie McKendrick had an off-night for a player of her standards and will look to bounce back this week. The Lions are still looking for their first win, they continue to put up a fight early in the game but fall away late. However, when you have a player of Jazmen Boone's quality anything is possible. Boone put up 29 points on 59% shooting and added 8 rebounds and 4 steals. There is hardly another Boone cannot do.

The Lions’ 10-point loss to Southern unsurfaced some offensive concerns for the team. The side defended well but lacked cohesiveness and fluidity on the opposite end, only managing 5 assists and giving the ball away 11 times. Additionally, Centenera shot 0-14 from the field, in a below-par performance. South Adelaide are still winless after Round 6, and their 37-point loss to the Pioneers is one they will want to put behind them as soon as possible. The Panthers could not hold their opposition’s biggest threats and struggled to hold onto the ball as well, turning it over 24 times. Allmon and Jonnek both had 22 points but they will need more support from their side if they want to stand a chance against Central Districts. The Lions should be able to redeem themselves this weekend though, and Centenera having another shooting performance like that is unlikely.