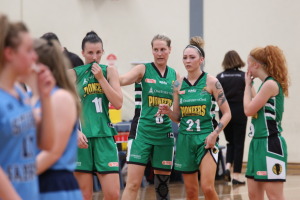 It has been a tough start for the reigning premiers only having two wins from six to start the season. Last week, they lost to the in-form team of the competition the Eastern Mavericks. This week they come up against another team in-form, the Mount Gambier Pioneers. The Pioneers have won the past three and their captain Amanda Frost leads the way, Emily Winter has also been a solid contributor for the Pioneers. The Rockets will look to Opal Mader to score the bulk of their points this week.

This is an important game for both teams, as each side will be looking to continue some winning form after Round 6. The Pioneers produced a strong performance in their 121-84 win over South Adelaide, playing fluid team offence and suffocating defence. The team recorded 33 assists, and on the other end secured 15 steals to go along with 5 blocks. Mt Gambier got strong contributions from each member of the team but the standout was Tom Daly, who accumulated 27 points, 8 assists, 5 steals and 4 rebounds. North Adelaide’s 7-point win over the Mavericks also consisted of a strong showing on both ends of the court. The side had 8 steals and 4 blocks, along with a huge 72 points in the paint. Dowdell, Starling and McVeigh were all impressive for the Rockets, combining for 81 points and 35 rebounds. This should be a thrilling matchup and could go either way. However, the free-flowing team offence of the Patriots may be too hard for North to stop at the Ice House.