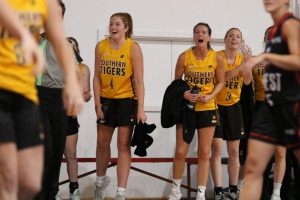 The Lions had a disappointing weekend losing both their matches, some positives are that Jazmen Boone continues to shine bright and their youngsters get some quality minutes into them. The Tigers have had a poor start to the season and find themselves one spot above the Lions on the ladder. They suffered a disappointing 7-point loss to the Warriors last weekend despite the Tigers having a great opening quarter.

The Lions had an extremely successful Round 5, winning both of their games in a back-to-back. The side showed great shooting ability in both games, hitting a high percentage of their 3-point shots and free throws, and also showed how deadly and widespread their offensive contribution can be, with everyone getting in on the act. Their defence was also very impressive in both games, giving their opponents little room to manoeuvre, forcing turnovers and closing out on shooters well. They will need to bring the same production against a Tigers team who have seemingly got their mojo back. The Tigers were dominant in the final term of their win against the Warriors and ended up scoring a huge 60 points in the paint. Turnage, with 27 points, 9 rebounds and 4 assists, was the big producer for Southern. Drmic was also valuable with 25 points. With both teams looking to be in strong form, this one should be a close one. With the Lions being the home team, they could very well make a statement and get a win.