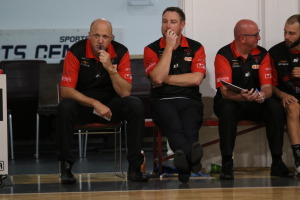 The Bearcats are coming off a big win over the Lions and find themselves one win behind the Eagles on the ladder. The Eagles suffered their first loss for the season last week as they went down to league leaders, the Sabres. Alexis Eckles and Ashleigh Spencer were the major contributors for the Bearcats as they scored 20 and 18 points respectively. The Eagles' Chelsea Roberts will want to rebound after a poor game by her standards.

West Adelaide will be disappointed by their Round 5 performance which saw them lose to the Lions 96-79. Nothing much went right for the Bearcats but the biggest factor in their loss was their offence struggles which resulted in 27 turnovers. Hayward and Thomas were solid for their side but could not do enough to erase the impact of turning the ball over so often. The Bearcats will now take on Forestville, one of the in-form teams in the competition. The Eagles grabbed yet another win over the weekend, defeating the Sabres 98-89. The Eagles have looked unstoppable on both ends of the floor so far this season, with players like Deng, Teys, Mays and Harris all consistently stuffing the stat sheet. It’s hard to imagine their run of form stopping this weekend.