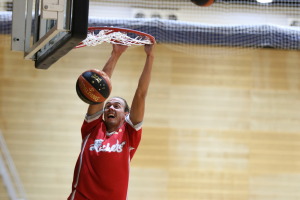 The Mavericks have started firing on all cylinders. Carmen Tyson-Thomas, Brooke Basham, and Stephanie Ratliff are the big 3 in the league and over the past couple of weeks have dominated the league. The Rockets will have a lot to look out for as the Mavericks went deep into their bench last week in a 30-point win over the Lions. The Rockets are coming off a loss to the South Adelaide Panthers were Mollie McKendrick recorded a 20-20 triple-double. Tyson-Thomas is capable of doing the same and the Rockets defence will need to be on point to stop her.

The Rockets got back to winning ways over the weekend, defeating South Adelaide 97-83. The side played great team offence, linking up well and hitting a good percentage of their shots. However, the most impressive part of their performance was their swarming defence, which managed to produce 16 steals. Starling was a standout with 30 points and 19 rebounds, but he also had strong support from McVeigh, Johnson and Dowdell. The Mavericks, on the other hand, were not able to pull out a win, losing to the Lions 105-94. While Eastern played some impressive  offence, their defence was lacking, especially on the perimeter with Central Districts shooting 11-22 from distance. Brandon Morris put in a strong shift with 42 points and 12 boards. If the Mavericks want to win this one, they will have to play a more complete defensive game. However, if North Adelaide produce a similar performance to Round 5, they’ll be too hard to beat.