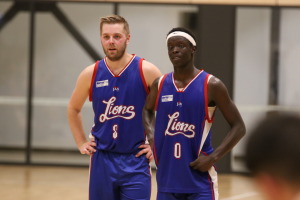 The Mavericks were in sublime form last weekend as they handed the Sabres their first loss of the season. Brooke Basham, Stephanie Ratliff, and Carmen Tyson-Thomas were the main contributors for the Mavericks and the Lions will have a tough challenge ahead of them. Tyson-Thomas leads the league for points per game and is third in rebounds per game. This is the Lions' second match for the weekend and being the second game of a back to back, it is a very hard ask for them to play a team in red hot form.

The Lions will be the team to go back-to-back this round and will take on a Mavericks side fresh off a clutch win. Regardless of whether they win or lose against the Bearcats, Central Districts will be hungry to take advantage of another quick opportunity to get a win this round. The Mavericks could prove to be tough opposition though, especially on a back-to-back. While Eastern and Sturt could barely be separated in their contest, it was a Novian Cherry and Brandon Morris led Mavericks offence that prevailed. The two key players combined for a huge 53 points and 29 rebounds and could prove to be a partnership too difficult to shut down for the Lions. If these two can continue their form and their team can provide the same defensive intensity as last game, there is no reason Eastern can’t come out of this with a win.