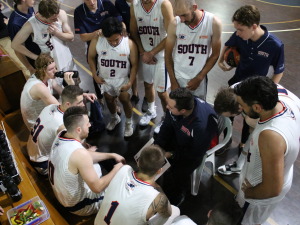 A year is a long time in sports and a year ago the Rockets were on top of the world while it could not get any lower for the Panthers. That was a year ago though, and this is shaping up to be a great game. Both teams are itching for a win after losing last weekend. The Panthers lost to the Warriors while the Rockets lost to the Eagles. Mollie McKendrick was in good form for the Panthers as she finished with 19 points and 12 rebounds, while for the Rockets, captain Tayla Corrigan was the star performer with 11 points and 6 rebounds.

The Rockets will be disappointed with their Round 4 result, an 82-105 loss to Forestville, and keen to bounce back this week. The side struggled to resist the inside presence of their opposition, allowing 53 rebounds and 62 points in the paint. Dowdell and Johnson were solid, combining for 37 points and 14 rebounds, while Johnson also had 4 steals and 9 assists. North will want more out of Starling this weekend though, as his offence was not as potent as usual. The Panthers lost again last round, going down 83-98 to the Warriors. The team struggled to defend the paint and could not keep the ball on offence, resulting in 19 turnovers. Allmon and Jonek combined for 40 points, 10 assists and 16 rebounds but their team will need to clamp down on the defensive end and produce some more fluent offence if they want to beat a hungry Rockets side.