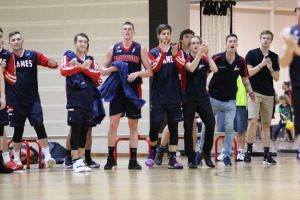 Another break for the Pioneers last week but the week before saw the Pioneers get their first win in the League with Amanda Frost leading the way. Norwood would have mixed feelings this week, the Flames got the win over the Bearcats in a thriller but after leading by 14 heading into the last quarter they will be wondering how it got so close. Tess Bruffey will be the player the Pioneers need to watch for after she finished with 26 points and 18 rebounds against the Bearcats last week.

Having not played since their impressive win against Southern, Mt Gambier will be looking to take another big scalp this weekend as they go up against the Flames at the Ice House. The Pioneers, led by the Daly brothers, have had a strong start to their maiden Premier League season. Their fluent team offence and efficiency has been a significant factor in this success, and if they can produce more of the same against Norwood at home, there is a strong chance they can get the win. It will be a tough task though, with the Flames remaining undefeated after an extremely convincing 91-67 win over West Adelaide. The team’s defence was suffocating to say the least, forcing 18 turnovers and keeping the opposition’s shooting percentage below 50 from both 2-point and 3-point range. The scoring was a full-team effort as well, with each player contributing well. This should be a thrilling contest and could really go either way. It is hard to bet against the Flames at this stage though.