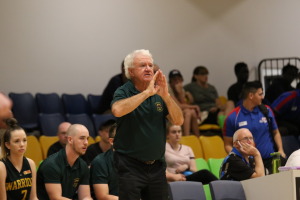 The Tigers were one poor half away from starting the season 0-3. To their credit, they turned it around and ran out winners over the Lions. Zali Grosser and Bianca McCalop were standout performers for the Tigers and the Warriors will be looking to stop their influence over the game. The Warriors had an easier time as they comfortably beat the Panthers over the weekend. Teige Morrell was the standout performer for the Warriors and did not need many opportunities to punish the Panthers. The Tigers will look at that performance as a warning of what a quality player can do if you give them repeat opportunities.

Southern grabbed their first win of the season in Round 4, impressively handling the Lions 95-79. They were excellent on both sides of the ball, forcing 21 turnovers from their opposition and scoring a solid percentage of their field-goal attempts. Drmic was the standout performer for the Tigers with 35 points, 8 rebounds and 4 assists, and he also had some great support from Turnage, Johns and Calligeros. Woodville also recorded their first win over the weekend in a 15-point win over the Panthers. The side will be especially happy with their free-flowing offence and their effort on the glass, recording 19 assists and 45 rebounds. Clippinger had 25 points and 8 rebounds and was strongly backed up by his fellow starters and the team’s bench, who were immense. With both teams hungry for another win, this one should be interesting. However, it is hard to see the Tigers failing to pick up from where they left off last week.