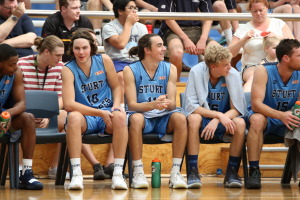 The Mavericks look to be the first team this year that cuts the Sabres claws as they travel to Pasadena. The Sabres have been playing amazingly this season led by their young gun Ruby Porter. A positive sign for the Sabres is that even when Porter fails to deliver, they have enough firepower to win as shown this past weekend. With Porter not playing to her full potential the past weekend, it was up to Danielle Angley, Elissa Brett and Zoe Walker-Roberts to carry the load and earn the win. The Sabres will have all hands-on deck dealing with MVP candidate Carmen Tyson-Thomas who continues to dominate the league. The Mavericks will have to be on the ball to beat the early league favourites.

Sturt have now lost 4/4 games so far this year, going down to the Bearcats 90-76 over the weekend. Some widespread scoring against a strong team will be a positive for the Sabres but they will want to make improvements on efficiency and defensive presence heading into their game against Eastern. The Mavericks will be raring to go after getting their first win on the board against the Warriors in Round 3. Bald, Morris, McGee and Cherry all put in strong shifts against Woodville in what was a well-rounded performance from the team. If they can continue to dominate the glass and play high intensity defence, they should come away from this one with a win.