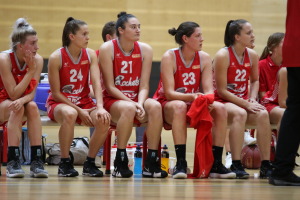 The North Adelaide Rockets do not look the same as last year. The Rockets previous weekend saw themselves down 19 points at the half before a fightback saw them run out 12 point winners. Their opponent, the Eagles, were comfortable winners against the Lions. The Rockets have averaged 64.33 points for this season while the Eagles have averaged 70.66 points per game. However, the Rockets have scored diminishing points since the start of the season, going 75, 63, and 55. While the Eagles have gone the other way, going 49, 71 and 92.

The Rockets will be looking to bounce back from their devastating 1-point Round 3 loss to Norwood when they go up against another tough opponent in Forestville. Although they lost, North Adelaide played a solid game on both ends of the floor against the Flames, playing a free-flowing offence that produced 21 assists, and maintaining a suffocating defence. Dowdell and Starling were again impressive and the big man combo will need to be a key factor against an Eagles team on fire. Forestville perhaps played the most complete game of any team so far in their huge 82-128 over the Lions, making 60% from deep, 79% from the free-throw line, producing 29 assists on only 10 turnovers and playing stifling defence. Additionally, each player played high-quality basketball and filled the stat sheet. This should be a close one, but if the Eagles can continue playing how they have been, it is hard to see them losing out.