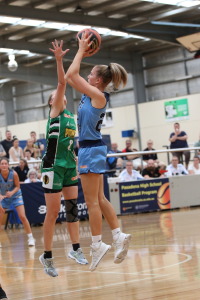 The Bearcats have their work cut out for them this weekend as fixtures have given them the double game this week. The Bearcats will have to back up the game against the Panthers Saturday night by playing the undefeated Sturt Sabres the next day. The Sabres are on a roll at the moment, and Ruby Porter makes the basket look bigger than it is. The Sabres have averaged a 33 point win per game this year which is incredible for such a young team. The form of the Sabres makes this a hard challenge for the Bearcats but the fact they play less than 24 hours earlier is just another barrier they will have to jump.

The Bearcats will go back-to-back this week, with their second game being against a Sturt side who have lost all of their games so far. The Sabres have struggled to put up points as a collective while holding the opposition team on the defensive end, and this is something which will need to be improved heading into their game against the Bearcats. If they can improve this as well as their ball security, they may be able to upset the Bearcats coming off a game the day before. However, if they cannot play a complete game on both ends it may be hard to avoid going 0-4 to start the season.