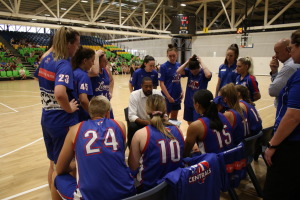 The Lions were competitive in the first half in their opening loss to the Warriors, before a 25 to 5 run in the third buried them. The Lions are young and showed glimpses in that match, and with Jazmen Boone leading the way they will surprise a few teams this year. The Eagles defence was brilliant against the Mavericks this past weekend, as they scored close to a third of their points off of turnovers. The Lions will have their work cut out for them as in their opening match they had 27 turnovers. While Boone is the Lions bonafide star and will get the attention from the Warriors, Coach Brooks has put a lot of faith into young player Erin Schrapel, expect her to see a lot of the ball this week.

The Lions will be looking to make it 2/2 this season after a break following their 82-85 win over the Warriors in Round 1. Coming up against what looks to be a very strong Eagles outfit, Central Districts will want similar outputs from Diing (20 pts, 15 reb) and Luk (30 pts). They will also need to battle hard on the glass and improve on their defence in the paint if they want to cause an upset. Forestville are fresh off their impressive 25-point win over Woodville and look extremely impressive. Harris produced a performance to remember with 40 points, including 7 3-pointers, and had great support from Mays, Teys, Rios and Majok Deng, who combined for 73. If the team can click like it has been on both ends, they should grab the win in this one.