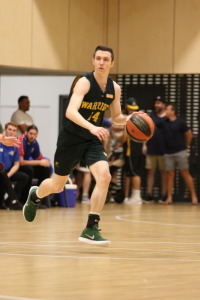 The Mavericks have had a disappointing start to the season as they have let multiple opportunities fall by. After throwing away a big lead to the Flames last week, they will be looking to right the wrong. The Warriors are 1-1 this season and are coming off a loss to the Eagles over the weekend. The message would be simple for the Mavericks this week, play to the final whistle. Warriors will be hoping they can keep the points from turnovers down against the Mavericks after the Eagles scored 23 points from turnovers last weekend against the Warriors.

The Mavericks fought hard and produced a fairly impressive performance against the Flames in Round 2, despite the 79-86 loss. While the side could not shut down Norwood’s potent offence, their presence inside and incredible work in grabbing offensive rebounds (21) kept them in it. If Brandon Morris can also produce a similar performance to his 27-point, 15-rebound Round 2 input, the Mavericks will be in good stead for this matchup. Woodville suffered another disappointing loss last Friday, going down to the Eagles 123-98. While the team shot a solid 41% from distance, they just were not able to hold the Forestville offence, especially in the paint, and paid the price. Perry, Stanbridge and Boonstoppel were able to provide some positives from the game though, combining for 74 points. With both teams hoping for their first wins of the season, this should be a close one.