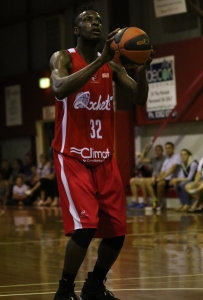 The last weekend saw the Rockets suffering their first loss in over a year, as they lost to the Sabres. A sign of a champion is how they respond to losses, this game will be a good test to see where the Rockets stand. Norwood, on the other hand, had a great comeback game as they were down as big as 16 points in the second quarter before a 28 to 6 fourth quarter saw the Flames run over the top. North gave up 62 rebounds to the Sabres in their loss, and Coach Joynes would be making sure that does not happen again. While Coach Morris will be hoping Norwood does not need another comeback game and the Flames start strong.

Norwood look extremely impressive so far this season, winning 3/3 and playing quality ball on both ends. Their 7-point win over the Mavericks in Round 2 was a reflection of that, with the team not only playing suffocating defence for most of the game, but also spreading their scoring evenly - Legan, Lycett, Brine and the Webbers all combined for 76 points. They’ll need to produce another strong performance against a very solid Rockets outfit, who recorded an impressive 78-93 win over the Sabres last Friday. Dowdell and Starling continued their case as one of the league’s strongest duos, combining for 49 points, 9 assists and 18 rebounds. Starling also produced what looks to be the sure-fire play of the season, throwing the ball off the glass to himself for a one-handed jam. The team was impressive on defence as well, giving Sturt no room to execute. With both teams firing on all cylinders, this one should be a thriller.