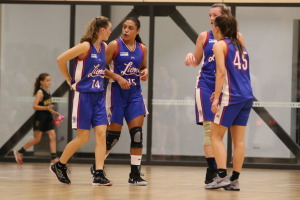 International players are integral to the ongoing success of many leagues around the world.
Take the NBA for example, where European players have had a significant impact in shaping the
league, its appeal and its history.
This is no different to the Premier League, with many imported players arriving to challenge
themselves and take the league to new heights through the years.
Players like CJ Turnage, James Legan, Tobias Dowdell, Carmen Tyson-Thomas and
Jazmen Boone have had an undeniable impact on their teams since coming to the league – it was
just last year we witnessed Turnage play a huge role in the Tigers’ title run.
With many imports coming back this season and players like Oceana Hamilton for Forestville,
Brandon Morris and Novian Cherry for the Mavericks, DeVaughn Jones and Jordan Riewer for the
Lions, Mariah Seals for North Adelaide and many more coming to the league for the first time this
year, it is safe to say the competition now boasts as many promising imports as ever.
“I really like it, it’s always good to bring in strong players”, says star Central Districts import Jazmen
Boone.
“I think it benefits the league tremendously, especially on the women’s side, at least with our club.
We’re trying to build a girls program, so not only does it bring players in but it helps set up the league
for those players who want to get better.”
Boone, who is entering her second season for the Lions, has taken the league by storm since she
arrived after playing three years in Ireland post-college in America, consistently stuffing the stat-
sheet and averaging 18 points, 4 assists and 12 rebounds last season.
She believes moving to the Premier League was a great opportunity and a much-welcomed change.
“It was appealing because it’s a good league and different to a lot of European leagues, so it was a
good push for me.”
While she admits she has had to adjust her game during her tenure in South Australia, Boone has
developed significantly from playing in the league, especially after taking on a leadership role.
“I’ve put more emphasis on being more efficient with my shots, challenging myself that way, and
also staying mentally there and adapting to the veteran mindset”, she says.
“I think it benefits me to take on the role that I have and it’s helped me to mature to another level.”
This mindset is what she believes will help get the Lions to where they want to be.
“We have such a young group of girls and I have to enjoy the process and enjoy teaching the kids
because we are a young team with a lot of potential.”
Another impressive import has been Tobias Dowdell, who, after moving to the Rockets from the
Bearcats, says the Premier League has helped him get his drive back.
“Last season for West Adelaide just really humbled me and let me know that in this league nothing is
promised, which has motivated me to go harder”, he explains.
“I like the league a lot, it’s tough competition night in night out.”
The American big man, who came to South Australia last season after playing in El Salvador for 2
years, dropped 25 points, 10 rebounds and 4 assists against the Pioneers in Round One and credits the
quality of basketball in the Premier League for his continued development.
“I feel like imports really benefit over here. My experience as well is that players in the league here
are better than a lot of the players I went up against in El Salvador”, he says.
“I think that, right now, Australia is the third greatest place for basketball after the USA and Europe
and the proof is in the pudding.”
There is no doubt the Premier League has received a huge boost from talented imports like these
two over recent years.
Here’s hoping they can all continue to provide us with exciting, top-level basketball this season.
By Daniel Renfrey