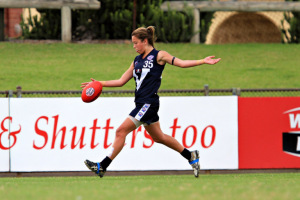 Players will undertake a four day on and off field development program, assisting them in advancing their football to elite levels under the guidance of some of the AFL's best talent development coaches. Sessions on how to be a role model, decision making and leadership will focus on players' personal development.

In addition to the playing group, the squad will be led by a larger group of talented female coaches and male coaches of female representative teams. Former Victorian Youth Girls U18 Captain, current VWFL player, and Calder Cannons TAC Cup U18 Assistant Coach, Alicia Eva, has been rewarded for her commitment to the development of her coaching with a position in the High Performance Academy coaching stream.

The four day camp will be held in Melbourne from February 3-7.