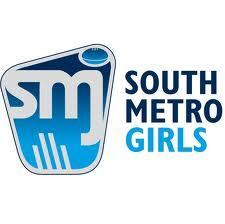 South Metro Girls football kicks off this weekend with the launch of a new Under 14 girls competition.

After the success of last year’s Under 12 girls division, the SMJFL has expanded the pathways available for junior girls in football.

Along with the Under 14 competition, the League is also introducing an Under 10 division for 2012, while the Under 12 division returns for another season.

Four teams are currently registered for the Under 14s, including two East Sandringham sides, Mordialloc-Braeside and St Peters.

SMJFL General Manager David Cannizzo said the launch of the Under 14 competition would be a momentous occasion for junior football in Victoria.

“Our clubs and the girls in particular are very excited to participate in Victoria’s first ever under 14 girls football competition,” he said.

“The clubs have worked extremely hard over the off-season to ensure these girls have an opportunity to play the sport they love.”

Mr Cannizzo said he believed the number of girls participating in South Metro Girls would grow significantly this year. In 2011, seven clubs formed 11 teams for the Under 12 division.

Mr Cannizzo encouraged all interested girls to get involved and contact the SMJFL if they do not have a club to play with.

Under 14 registrations are still being taken and girls should visit http://www.surveymonkey.com/s/Q7XJ996 to confirm their interest.

The Under 14 competition will be played out over 13 rounds on Sunday afternoons.

A three-week finals series will be held involving all teams, with the focus on competition designed to ready the Under 14s for the Youth Girls league.