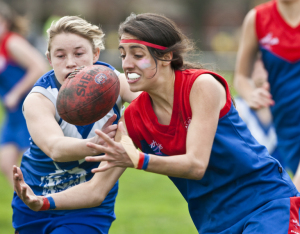 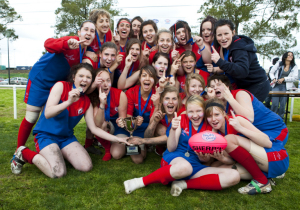 St Albans have defeated Sunbury in the 2010 Western Youth Girls Grand Final by five goals. Having won and lost one game each in their two home and away matches this year, the game was always going to be a fierce contest. Sunbury had not lost a game for four years until their round five loss to St Albans, whilst good recruitment and solid development of existing players saw St Albans take home the minor premiership.

St Albans took the lead early with some solid performances by key players around the ground. However Sunbury's experience and tenacity kept them in the game, not allowing St Albans to establish a comfortable lead. The third quarter saw Sunbury mount a solid challenge in windy conditions, but the youthful exuberance of St Albans' rising stars enjoyed the challenge, responding convincingly to put the game beyond Sunbury's reach mid way through the final term.