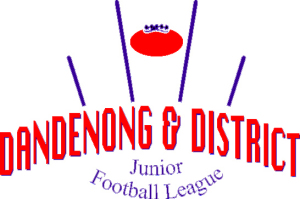 The Dandenong and District Junior Football League (DDJFL) will become the first Victorian football league to run it's own all-girls' competition when it takes over the South Eastern Youth Girls competition later this week.

AFL Victoria's South Eastern Youth Girls competition became Australia's first competition for teenage girls when it was established in 2004. Using a central venue concept the competition thrived, allowing nearly two hundred girls aged 13-18 from the Dandenong and Casey region to play age appropriate football every year. AFL Victoria has since used this model to establish another six competitions across metropolitan Melbourne and country Victoria, with the newest competition expected to start in term three in Gippsland later this year.

The DDJFL will keep the central venue, Saturday morning fixture in place, but will run all football operations under their umbrella as they do for junior football. They will also be responsible for the management of their own DDJFL Youth Girls interleague team.

AFL Victoria sees this as yet another step forward in the integration of female football into the existing football community.

AFL Victoria's Female Football Development Manager, Chyloe Kurdas commented that, "We shouldn't see it as girls football or boys football - it's just football with competitions for both boys and girls".