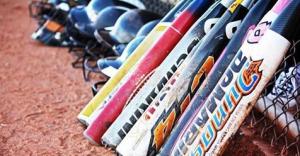 Use of Illegal Bats and Impact to Player Safety

The Technical Bulletin outlines how a bat is considered legal for use within Australia competition and is being adopted fully within Western Australia.

There have been international studies which show that illegal bats reduces defensive players reaction times and may cause injury. An illegal bat is one which the batted ball speed is above 100 MPH.

An extract from the Technical Bulletin is below:

All bats used in Australian Championships shall comply with:

A bat will be approved for use in Australia if it is listed on the current ISF Certified Bat List.

The compliance with this requirement rests with all participants of the game not just the umpires, as the practicality of checking bats with separate lists prior to all games at all levels is not feasible.

It is of utmost importance that players, coaches, parents, team managers and administrators, understand they play an important role in this requirement.

Note 1: Bats are continually being retested to ensure they comply with the International standards Note 2: The ISF BBS standard is 161 KPH (100 MPH); the ASA standard is 157.7 KPH (98 MPH)

Note 3: If a bat cannot be identified due to the manufacturer’s logo and model number being worn away, then the bat should be rejected.

The current BBS registered markings for certification are applied to the bats at manufacture.

Softball WA strongly urges all players, coaches, administrators and parents to check all bats for compliance. The safety of all participants is of primary concern.

Softball WA recommends that all associations adopt the penalty as outlined in the aforementioned Technical Bulletin with modification to suit local play, namely:

There is no penalty if a bat is determined to be illegal during the equipment inspection prior to the start of the game. It shall be removed from the dugout.

If during the course of a game, an illegal bat is discovered being used:

A bat being declared illegal shall not be grounds for a protest at any point.

It cannot be reiterated enough – whist the penalty is enforced by the umpires assigned to the game, the responsibility for compliance rests firmly with players, coaches and administrators to ensure the safety of all.

The ASA bat list is available by clicking here.

For more information or further questions regarding the above, please email State Director of Umpiring and Umpires Technical Officer, Roy Cox – royacox@hotmail.com

Our vision is of a healthier Western Australia