Vicki Warren has been recognised with an OAM in the 2020 Australia Day Honours for her contribution to Softball and Hockey.

She joins Barbara Hovard who received her OAM in 2015, and Julie Arthur who also received an OAM in 2020, both Life Members.

Two former SMI members, Jenny Morris and Clover Maitland, were also recognised with OAMs in 1997.  Both were dual Olympic Gold Medalists in Hockey.

The on-line registration process is available through this website.  Please see the tab above called Register Now. Please note, however, that the Registration Form is a generic form for the whole Association.  Accordingly, no registration fees can be included on the form at this stage as they may change from Club to Club.

Supporting Maryborough Softball through Grants for facilities and training

Supports Maryborough Softball through grants to improve our facility

Supplier of quality products to upgrade the surface of our diamonds 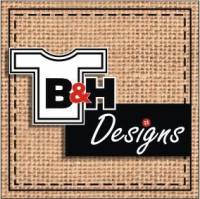 B&H Design - Supporter of Maryborough Softball and its Clubs