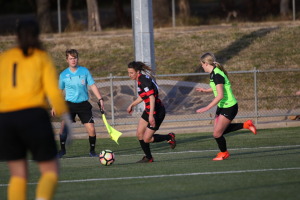 Gungahlin United can put themselves in the box seat for a second-chance finals berth on Saturday when they take on a struggling Monaro side at the Riverside Stadium. Their win over the Canberra United Academy on Thursday night in a rescheduled match put them a point clear of Canberra FC, and they are carrying momentum at the correct time of the season. Their 3-1 win last weekend came off the back of a strong performance against Tuggeranong, and the last time these sides met it resulted in a thumping 9-0 win for the visitors. Diego Iglesias’ only concern will be fresh legs on a less than 48-hour turnaround, but if they can grind out a win here then they will have an 8-day break before a pivotal clash with Canberra FC in the final round.

For Monaro this is one more chance to save some points before the season ends, but they will likely struggle against this Gungahlin outfit. The last three weeks have seen heavy losses to the Academy, Woden-Weston and Belconnen United and they may just look to see this match out before a slightly more even matchup next week. Despite their woes there have still been consistent positives for the Panthers, with Zoe Szeremet taking her tally to nine in 13 matches for the season with a goal last weekend. This side has been on the improve during the year but will be outmatched here.

Woden-Weston will look to keep in touch with the race for second spot this weekend when they face Premiers Belconnen United at McKellar Park. The Wanderers picked up a come from behind win over Canberra FC last weekend to jump back into the race for a major semi spot, but will face a tough task building on it this weekend. The two matches so far between these teams have finished in wins for Belconnen, to the tune of 6-0 and 4-0, and that is a big gap to overturn. Diego Elmoudawar will already know the result of the Gungahlin game and whether or not second place is in reach by the time his team takes the field, and that may have a bearing on the mentality and level of aggression that he takes into this match.

Belconnen have already claimed top spot and the Premiership, so Antoni Jagarinec’s role across the final few weeks will be ensuring he takes a fully fit squad into finals and that players do not pick up unnecessary suspensions or injuries. A big win last week showed no sort of Federation Cup hangover or lethargy, and they still have only dropped two points (against Gungahlin) since round two. While United will keep a keen eye on the proceeding around second spot, Jagarinec will likely be confident against whoever they come up against. At the moment though the focus is on reaching the end of the season unscathed, meaning there might be a different approach to this match.

With Tuggeranong secure in sixth spot and Olympic rooted to the bottom of the table, both sides are just making their way to the end of the season. A big loss to Belconnen United last weekend was another tough result to swallow for Olympic, but they may carry in a bit more confidence against a Tuggeranong side who have stuttered with injuries and unavailability of late. The concession of 26 games in their past three games rings alarm bells though, and it is hard to see a defence turning around quickly enough from that to keep a clean sheet or a low total. Their opponents have also been leaky, but the score line the last time these two sides played was a 7-2 win to Tuggies and it would require some reversal of form to change the expected result.

In their loss to Gungahlin last weekend, Tuggeranong looked poor in the first half, but came out of the break as a very different team. Once they had more of the ball they looked likelier to score against a strong Gungahlin team, and taking control of the ball early here will be key to them getting on top. Meg McLaughlin continued her return from a hamstring injury in that match and the forward line looked a lot more fluid after her introduction. This week will be another good match to continue bringing her back and against the league’s worst defence she will undoubtedly have chances.

Canberra FC will be aiming to keep pace in the race for second place when they take on the Academy at Deakin Stadium. Mark Risteski’s side gave up a 2-1 half time lead last weekend to go down to Woden-Weston, when a win would have almost sewn up the spot for them. Now they face a stern test against a side who have matched them all the way this season, before the big clash with Gungahlin next weekend. Failing to win here and wins to Gungahlin and Woden-Weston will almost ensure they struggle to take second, a disappointing result having been there or thereabouts for much of the season. While they have won both of their matches against the Academy so far this season, the combined margin is two goals, and they will need to be at their best in this one to stay in the running.

The Academy’s loss to Gungahlin on Thursday night has them still equal fourth on points but ahead on goal difference, and they will want to finish the season strongly. A clash with Canberra FC this weekend is followed by a visit to Belconnen to finish the season; two tough tests in a row. Having lost two matches to Canberra FC by one-goal margins the youngsters will be keen to get one over their hosts, but will need to make sure they do not expose themselves at the back. They have conceded the most goals of any side in the top five and this weekend’s opponents are a side well equipped to take advantage of that.