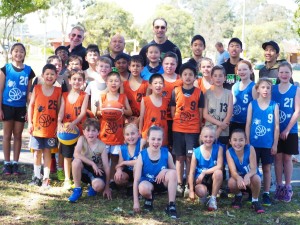 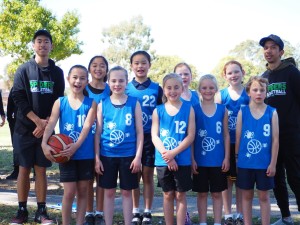 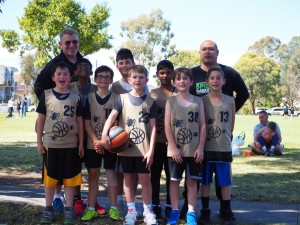 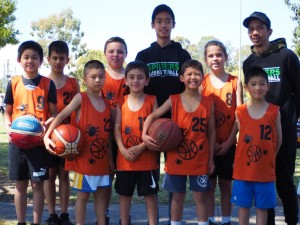 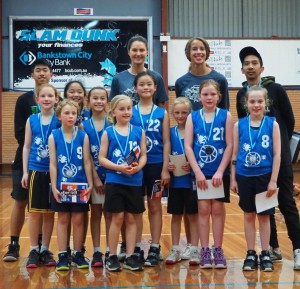 On Sunday 15th September players from our Under 11 development skills programs and competitions participated in an Under 11's Gala day at Bankstown Stadium.  This annual event is a great precursor to the Spiders Representative season, with children getting to experience what it would be like to play representative basketball.

As we did last year again we entered two boys and a girls team, who attended a team training session the Sunday beforehand to practice "team shapes and patterns of play" and to get to know their new team mates and play together.

Our boys teams each played three round games and the girls played four games, with our teams playing against some very strong basketball academies (West Sydney Wolves and Bankstown). All teams performed very well and showed improvement in their team work during the day, with our girls team going through to play in the final.

A huge thank you to our team coaches (Carlo, Leigh, Pheonix and Nic); Margaret who in addition to helping the day run smoothly for us, also took team photographs and action shots throughout the day; and our parents who assisted with game bench duty.

All venues are located a few minutes by car or public transport from the following areas: Asquith-Beecroft-Berowra-Carlingford-Cheltenham-Cherrybrook-Eastwood-Epping-Galston-Gordon-Hornsby-Killara-Lindfield-Marsfield-Mt.Colah-Ku-ring-gai-Normanhurst-Pennant Hills-Pymble-St Ives-Thornleigh-Turramurra-Wahroonga-Waitara-Warrawee-Westleigh-West Ryde.