With EDFL round 13 this Saturday there is now six matches before the end of the home and away season for teams to consolidate their desired finals berth. Similar to last year the EDFL again have a final five in 2018.  As it stands after last week, ladder leaders Nyora are still not a lock in for top. Along with Nyora another four teams (Longwarry, Dusties, Catani and Ellinbank) are still well in the running for the double chance positions (2nd & 3rd). While the fight to avoid or play in the elimination final (4th v 5th) is an intriguing contest with all teams from the Dusties currently in third down to Buln Buln that sit in seventh position in calculations. Statistically Nilma Darnum could finish 5th but it would have to produce a stunning turnaround in form.

The Blues certainly test the pulses of their supporters. It was the master of the close finish victory last year and has repeated the trend over the last month. In round 10 it came from a long way behind to draw against the Dusties, this was followed by a seven-point win over Poowong before it inflicted a four-point defeat upon ladder leaders Nyora – and their first of the season last week.

There is a lot to like about the improvement in Dylan Williams, Cody Banbury and Cody Harrison who are now taking the pressure off regular stars Paul Pattison and Nick Visser.

The Crows are growing with confidence. Little early last week at Poowong suggested they would win when it was 23 points down but like a good side it dug deep. The match will also feature the two leading goalkickers in the competition with Owen Fitzpatrick (51) and Daniel Fry (46). In a toss of the coin job - the visitors to win.

The Magpies will be out to take down the Dusties. Poowong was left to ponder what may have been last week for not the first time this season. It had enough dominance in the opening quarter to put Longwarry away but faded after the main break. On a positive note defender Jayden Sullivan and midfield-forward Chris Robinson must surely be in contention for recruit of the year honours. In his second season at the club Alex Doria has also shown plenty of hardness and ability to play multiple roles.  Rain, hail or shine the same old suspects Tyson Bale, Tye Holland, Shane Brewster and Mick Ablett continue to lead the way for the Duties. A Poowong victory is not out of the question but until it shows it has the ability to knock over a top team it is hard not to tip the visitors.

This is a huge game as the loser can kiss goodbye to finals football this season. On wet day last Saturday, it was not surprisingly the more mature quartet of Bryce Monahan, Adam Rakip, Trent Baker and Matt Gray adapted better to the conditions. For Nilma notwithstanding the shining example of Ben and Nathan Campbell this year it is plain and simple others need to step up.

The Bombers drew last week against the lowly Lang Lang and that form does not suggest it has bounced back from a form slump. The home side to record its fifth victory.

The Eagles trek up to the Bill Cumming Oval. Ellinbank hasn’t lived up to its pre- season expectations but to cut them some slack it has suffered from more than its share of injuries. Coach Ben Wragg continues to wield his influence on a regular basis to be one of the few constants this year. Adam Cook remains an X-factor. The strong marking forward showed glimpses of what he has to offer last week but with only four games this year and a dodgy hamstring the Bankers can’t depend to much on his presence to win games. Now in his fifth season of senior football Mark Vassett has showed he is an important cog in the side that can fill roles at both ends. Neerim fans will be pleased with their team’s efforts over the last month. While Nathan Bayne and Jackson Ward have been stand outs plenty of others are showing good signs of improvement this season led by tall Toby Bayne, Tim Beaurain and Ash Locket who have all enjoyed the chance to play senior footy on a regular basis in 2018 and show their wares.  Ellinbank to win as it can ill afford to lose to a team not in finals contention.

The Tigers will be out to stick it to a local enemy but chances of a win seem remote. It has improved since season start but doesn’t have enough players to put any fear or doubt into the opposition. Long term team servant and defender Scott Fairburn epitomises his side this season – not talented but someone that puts his nose to the grindstone every week. Last week Tyabb recruit Tim Brammall in only is fourth game showed a bit but too much has been left to few namely Josh Brown and Troy McPherson. The Saints were not the force of previous weeks last Saturday. One thinks after 11 wins on the trot it was due for a loss and surely can’t be too bad. To coin the old adage, you learn more in defeat than victory. 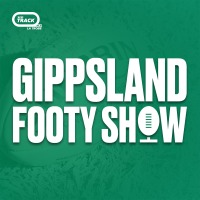 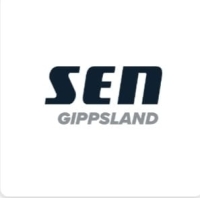 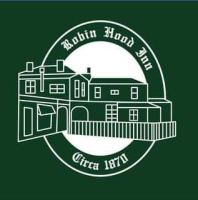 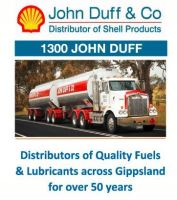