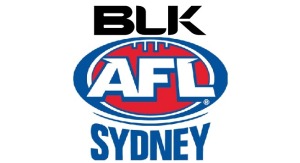 After two weeks in which the fixtures were decimated by rain, the whole AFL Sydney community were relieved to have a week of fine weather and some glorious blue skies and sunshine on the weekend. A full round through the divisions went ahead; and for once there were no worries about last-minute ground closures.

All four Premier Division games were played on Saturday afternoon. It wasn’t a round that produced any upsets; but there were plenty of highlights as the cream of the competition continues to rise to the top.

Since their opening-round loss, East Coast Eagles haven’t put a foot wrong, and they would put on their best football in an impressive performance against St George at Kanebridge Oval.
From the start, the Eagles were in control of the contest. A midfield close to the best the league has ever seen were picking up possessions at will, creating myriad opportunities for the Eagle forwards. Incursions into the Dragons’ forward 50 were rare as the Eagles ensured the Dragons were locked out of the contest from the beginning. Six unanswered goals in the first quarter opened up a 38-point quarter time lead.
The Dragons would break the goal drought in the second term, but it was a rare moment of respite from the Eagle juggernaut. The Eagles continued to pump the ball forward, but at times during the second quarter were their own worst enemies; frustrating themselves as some inaccurate finishing prevented the lead from blowing out even further. But with four goals to one for the quarter, the Eagles took a 61-point lead into the rooms at half time.
But the break, far from halting the Eagles’ momentum, only strengthened them to step up yet another gear during a blistering third quarter. Despite their best efforts, the Dragons were unable to provide any significant resistance against a well-drilled team that are quickly propelling themselves towards premiership favouritism. Time and again, the Dragons would be pressured into turnovers and Eagle players would force the ball forward to create chance after chance. With seven goals to one in a blistering third term, the lead had blown out to 100 points at the last change.
The Dragons managed to salvage something on the scoreboard in the last quarter, with three goals; but the Eagles were unstoppable and would add another six in the final term. It was a 119-point result, an emphatic statement by a team with much reason to fancy their chances of premiership glory this season as they demolished a likely top-five team.
James Ford was a driving force up forward for the Eagles to finish with four goals; and along with Stuart Turner and Andrew McConnell was among the Eagles’ best. It was an afternoon best forgotten for the Dragons; but Nathan Kenny, Janson Doughty and Bryce Addison kept persevering all afternoon.

Flukey cross-ground winds made conditions challenging at the Village Green, as UNSW-ES hosted Pennant Hills in what would be a low-scoring war of attrition.
Goals were hard to come by in the opening term, as both sides defended resolutely but struggled to get any coherent forward presses happening. The Demons won the quarter by two goals to one, leading by eight points at quarter time; but it was far from convincing as it was already clear that this would be a battle of the defences.
The second quarter was a similar story to the first. It was a physical battle at times, a close-checking defensive battle at others. Loose men were hard to find, as the Bulldogs were taking the contest up to their more highly-fancied rivals. But the Demons were able to slowly grind out a lead, two goals to one again in the second term seeing an 11-point margin in favour of the Demons at the long break.
At times during the third quarter, the Demons began to threaten to run away. But the Bulldog defence was able to mount enough pressure to hold them back. Not helping the Demons as well was some sloppy finishing in front of goal, as some kickable shots at goal sailed wide. It was one goal apiece in a tight third term, but the Demons’ six behinds extended their lead to 16 points at three-quarter time. Not a big margin, but in the context of a low-scoring game, it looked a bridge too far for the Bulldogs’ hopes of stealing an upset win.
And so it would prove in the final term, as the Bulldogs were unable to draw twin flags from the goal umpires. The Demons would only do it twice, but were then happy to play out time and take the four points. As a spectacle, this game was far from the best in Sydney footy this year; scrappy and physical with little free-flowing run. But for the Demons, the premiership points were valuable, keeping them with a share of the ladder leadership.
The final winning margin for Pennant Hills was 31 points. Cameron Smith, Lachlan Vile and Damian Dell’Aquila picked up plenty of possessions all day to keep the Demons with the upper hand. The Bulldogs had fought gamely but fallen short; but had plenty to thank the efforts of James Pascoe, Jack McAnespie and Alex Henderson for.

Meanwhile at Trumper Park it was Ladies Day. UTS, who do the social side of footy very well, pulled out all the stops to ensure plenty of festivities on the sideline to match the on-field entertainment. The Bats were hosting defending premiers Manly; and in the early exchanges there were hopes of an unexpected source of even more celebration.
Few would have given the Bats any chance of overcoming Manly; but in the first quarter the Giants were looking vulnerable. The Bats had come out with determination and took the fight right up to their more highly-fancied opponents, and it wasn’t long before that was being reflected on the scoreboard. The Bats could do no wrong around the ground, couldn’t miss a shot at goal; as they kicked five goals to two in the opening term to take a shock 17-point lead into the quarter time huddle.
The Giants had been stung by their first quarter, which was below their normal standards; and they tightened up in the second term. But it would be a slow burn to get back into the contest, as the momentum of the Bats would be hard to break and the home side’s determination and positive spirit would remain intact through the second term. The Giants would win the second quarter, three goals to two, but the Bats remained with a nine-point lead at the long break and a feeling of optimism that they could pull off a result that would shock the league.
But that feeling would not last, as the premiership quarter saw the direction of the game change. The Giants came out looking much sharper in the third quarter, and it wouldn’t take long for the scoreboard to begin ticking over and the UTS lead to be whittled away. The Bats tried desperately to stop the momentum swing, and did manage three goals in the third term. But it wasn’t enough to stop the Giants’ revival, as the Northern Beaches side would score seven for the quarter, turning the half-time deficit into a 15-point lead at three quarter time.
UTS had been competitive and had given the Giants a run for their money. But it wasn’t enough to take the points, as the Giants closed out the game in the last quarter. Having the answers to any challenge the Bats would set, the visitors scored five goals to two in the final quarter to complete a 33-point victory.
Brayden Fowler was at his unstoppable best on the Manly forward line to finish with seven goals; and along with James Brain and Harrison Koch was among the Giants’ best. Sam Batten also contributed four goals as they maintained a share of the ladder leadership. UTS had been gallant in defeat, with four goals contributed by Jack Watts and plenty of possession around the ground to Tom Zilm, Ben Moyle and Ben Nethersole.

Sydney Uni were also celebrating their Ladies Day at No 1 Oval on Saturday afternoon, and the Student women would have cause to keep the champagne flowing as the locals maintained their position in the top five with a convincing 82-point win over Wests.
The first quarter wasn’t one that reached any great heights. Some appalling inaccuracy in front of goals was reflected on the scoreboard; while the stats from both sides were far from impressive. The Students would score the only goal of the quarter to lead by nine points at quarter time, but knew they would have to lift in the second term.
And lift they did, as they emerged into the second quarter looking far more focussed and wasted little time in getting their game plan working effectively. There’s plenty of goals on offer to a team that goes direct on the short No 1 ground, and the Students helped themselves to six of them in the second term while holding the Magpies to one. The scoreboard was as lopsided as the general play, as the Sydney Uni side exerted their presence around the ground.
By half time the margin was 36 points; but the Students weren’t finished yet. The Magpies were having a shocker of a day, and the home side was determined to take full advantage and give their percentage a boost. And so the Sydney Uni run would continue in the third term, five goals to two, and a 56-point lead at the last change.
The result was beyond doubt, but the Students kept going in the last quarter with five goals to one to extend the final margin to 82 points. Yarren Jaffer-Williams was on a roll up forward to finish with four goals; and along with Glenn Smith and Rising Star nominee Ben Hawtin was among Sydney Uni’s best. The Students sit in fourth place with three wins from four games; but are yet to take on any of this year’s top three. Taran Etto, Joshua Robinson and Thomas Charles toiled hard on a tough day for Wests; but if was a disappointing day for the Magpies, who remain on the bottom of the ladder, the only side yet to record a win this season.