It's anniversary time for Eddie Lennie 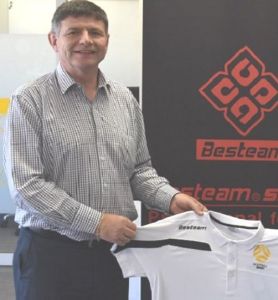 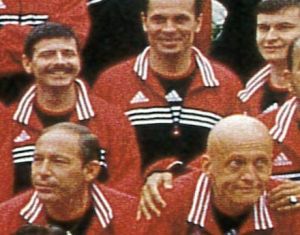 IT IS 21 years since Edward McGregor Lennie OAM JP, to give him his full name and titles, made history by becoming the first referee from Western Australia to officiate at the FIFA World Cup finals.
He was, in fact, the only whistler from Australia among a group of the world's best 34 referees and 33 assistants to be involved in the finals in France in 1998. Among the group were Italy's Pierluigi Collina and Scotland's Hugh Dallas.
Eddie was the man in the middle as highly-rated Italy beat Cameroon 3-0 in front of nearly 30,000 in Montpellier - and he was in charge when Romania and Tunisia drew 1-1 in the Stade De France in Paris, with a crowd of 77,000 ensuring an electric atmosphere.
"My memories of France 98 is the camaraderie that we struck up with each other (as this was the first time FIFA had us all stay together as one unit) which still lasts today," said Eddie.
"Also obviously refereeing the great Italian team in their match against Cameroon. Many of these players have become legends in their clubs as well as their national associations."
Italy's team included Maldini, Cannavaro, Costacurta, Nesta, Roberto Baggio, Vieri, Del Piero and Di Matteo. Vieri got two of the goals.
Scottish-born Lennie is also the only WA-based referee to be involved in the Olympic Games football tournament, having been the whistler for two games at the 1996 Games in the United States.
"I had just been awarded my FIFA Badge in 1996 and it was a great honour to be elevated to such a major event as the Olympics," he said.
In total he refereed 27 FIFA 'A' international games, and 22 other FIFA recognised internationals.
He jointly holds the record of four national league Grand Finals (1995, 1996, 2000 and 2001), was named the Australian Referee of the Year three times (1994, 1995 and 1995) and won the WA Referee of the Year on five occasions. He was inducted into the Football Hall of Fame WA in 2005.
He is still involved with FIFA and AFC and FFA as an Assessor/Instructor in terms of assessing referees and conducting courses for Member Federations with Asia.
"This role sees me travel on a regular basis to various countries all over the world. One of my other roles with AFC is the recruiting of referees from Member Federations to see if they are good enough to be promoted to the elite level," he said.
"With my FIFA and AFC work I still run into Collina from time to time (he is head if FIFA referees committee) and there is about six of us who refereed in France, all still involved at the highest level within their own association that keep in touch."
Eddie also fulfils an important role with Football West. He is "Head of Referees" and is responsible for all matters  relating to refereeing, such as Education & Development and Recruitment & Retention.
He said: "In terms of recruitment we have now over 600 referee in the Metro area and 100 in the regions. When I first started full time with Football West we only had 157 refs. It is pleasing for me in that we now have 50 female referees doing our competitions. Obviously female football is a big success at the moment with the Matildas and of course our own Sam Kerr. This has lifted the profile of women's football and refereeing is very much part of that."
Lennie added: "You are maybe aware that we now have one of the world best referees in the A League, Alireza Faghani from Iran. I'm proud to say I was the one who got him here with me sponsoring his visa application."
**EDDIE LENNIE will celebrate his 21st anniversary by being a Special Guest at a function to launch the new-look Football Hall of Fame WA at Dorrien Gardens on November 15.
If you want to come along and salute Eddie, tickets for the event are available at $50 each, which includes food and drink. They can be booked by emailing Hall of Fame secretary Penelope Hoath at: admin@footballhalloffamewa.com.au