Our tribute to Bobby Charlton at 80 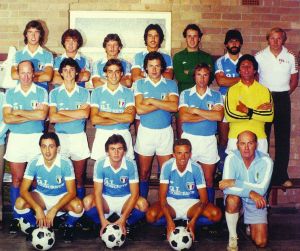 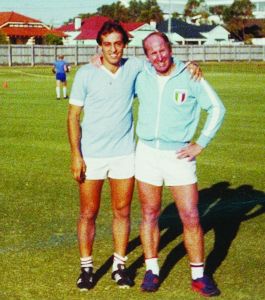 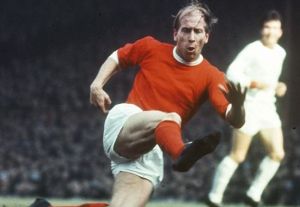 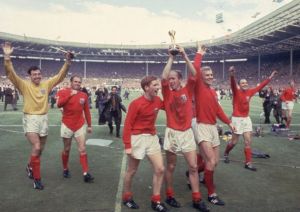 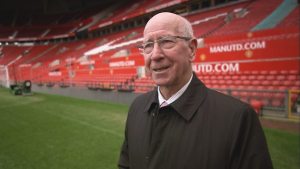 SIR BOBBY Charlton celebrated his 80th birthday on October 11. He is arguably Manchester United and England's greatest player - but he also has a special place in the hearts of football fans in Western Australia.
He first came to WA 50 years ago when Manchester United played an international challenge game against the State team at the WACA Ground on June 27, 1967.
It was United's last game in an eight-match tour of Australia - and they made a lasting impression with a stunning 7-0 victory, with Charlton bagging two of the goals.
The Soccer Federation of WA's Yearbook reported at the time: "One of the highlights of the game was the elegant artistry of Bobby Charlton, who lived up to every inch of his great reputation."
He returned to Perth in 1980 to turn out as a guest player for Perth Azzurri in the Night Series.
Despite being 42 years of age, he demonstrated he had lost none of his flair and his hunger for goals, scoring twice in three games for Azzurri.
A superstar on the pitch, he also worked tirelessly off the pitch to promote the game in his three-week stay in WA.
He spoke at seminars, attended social gatherings, visited schools and hospitals and even shared the Perth Concert Hall stage with Max Bygraves and Danny La Rue in order to spread the football gospel.
Charlton was knighted in 1994 and was an inaugural inductee into the English Football Hall of Fame in 2002. Interestingly, this was set up six years after WA's trail-blazing Football Hall of Fame had been established.
Born in Ashington, Northumberland, Charlton made his debut for the Manchester United first-team in 1956, and over the next two seasons gained a regular place in the team, during which time he survived the Munich air disaster of 1958.
After helping United to win the Football League in 1965, he won a World Cup medal with England in 1966 and another Football League title with United the following year.
In 1968 (nine months after playing in WA), he captained the Manchester United team that won the European Cup, scoring twice in the final to help his team be the first English side to win the competition.
He is United's second all-time leading goalscorer (249), being surpassed by Wayne Rooney, and held the distinction of being England's all-time top goalscorer (49) from May 1968 to September 2015, when again Rooney surpassed his record.
Charlton held the record for most appearances for Manchester United (758), before being surpassed by Ryan Giggs in the 2008 Champions League Final.
Former Manchester United manager Sir Alex Ferguson paid tribute to Charlton on his 80th birthday, saying:
"The great thing about Bobby Charlton is how he’s handled the greatness. Success can change people, and it’s never changed Bobby Charlton. He is what he is: quiet, shy and I think it’s fantastic.
"I think he was responsible for me getting the job at Manchester United. We used to go to games all the time — although I don’t think Bobby enjoyed my driving! — so it was a great introduction.
"We lost the league by drawing at West Ham in the last game of the season, when Blackburn beat us by one point (in 1995). The dressing room was dead. There’s nothing you can say.
"Bobby came in and said: ‘I’m so proud of you all. You’ve represented Manchester United in the best possible way. You’ve done your best.’ And then he went around and shook everyone’s hand. I’ll never forget it. A friend is someone you can rely on all the time and that’s the case with Bobby. He’ll never let me down'."
World Cup-winning team-mate Sir Geoff Hurst said:
"Bobby is a self-effacing individual. He didn’t recognise how great he was. He was probably one of the most gifted players of this or any generation.
"He was an idol of mine, to be in the same dressing room as him was a wonderful pleasure. You travel all over the world, to parts where nobody can speak English, and there’s only thing they can say: ‘Bobby Charlton.’"
His former United team-mate Denis Law said:
"You just can’t imagine it. You’ve survived a crash like Munich and then carried on your career and you do the things that Bobby did — fantastic.
"The beauty about playing alongside these boys was that Bobby knew where I’d be going if he was crossing the ball. He was probably one of the most fantastic players there has ever been.
"For him to go and pick up the European Cup after the crash and everything, you couldn’t write it, could you? He’s a figure in the football world who will never be forgotten. Not only for his playing but for himself."
***THE Committee of the Football Hall of Fame WA will stage a special 50th Anniversary tribute to the WA State team that played Manchester United in 1967 with a function at Dorrien Gardens on December 12.