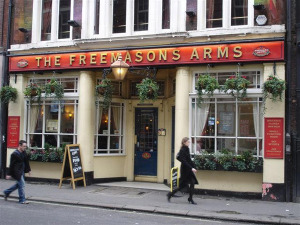 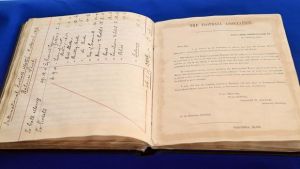 SPORTS historian Andy Mitchell has uncovered the Australian origins of one of the founders of English football - and he is a West Australian.
When an invitation was published in London in the autumn of 1863 for club captains to define once-and-for-all a mutually agreeable set of rules, Fred Moore was among the small group of men who gathered in the Freemasons’ Tavern near Covent Garden.  He was recorded in the minutes as one of two representatives of Blackheath Football Club, the other being Francis Campbell.
That meeting on 26 October 1863, and five subsequent gatherings over a six week period, laid down the Laws of the Game for the first time. But what has never been realised is that Frederick Henry Moore was from Western Australia, and had only come to England to finish his education.

It is not known whether he first kicked a ball before leaving home, but during the 1850s Australia’s schools started playing each other at football, under hybrid rugby rules. In London, however, matches between schools or clubs were few and far between, because nobody could agree on a wide range of issues such as handling, charging, hacking and offside, not to mention the size of ball, dimensions of the field and methods of scoring.
There was a clamour for compromise, and 15 players are known to have attended that opening meeting, representing eight clubs and four schools. It was a valuable exercise which drew on the knowledge of players who had experience of a wide variety of football rules. While the perception is that they were Londoners, only five had been born in the capital and alongside Fred Moore the Australian there were also two Scots.
On the first night, Arthur Pember of No Names (Kilburn) was elected president, Ebenezer Morley of Barnes as secretary, and Blackheath’s Francis Campbell became treasurer. That was the easy part; many hours were spent in lively and, at times, acrimonious debate before the laws of association football were eventually published in December.
Fred Moore and Francis Campbell were vocal advocates of the rules they knew and loved. But while there were initially some concessions to rugby influence, such as the ‘fair catch’ and a ban on forward passes, not everyone could accept the conclusions and they were ultimately outvoted. This marked the parting of the ways from Blackheath Football Club and their allies who insisted on the ‘manly values’ of rugby rules and could not accept the elimination of ‘hacking’. The club resigned from the Football Association just weeks after paying the membership fee of one guinea, but they stuck to their principles and Blackheath later found itself in the unique position of also being a founding member of the Rugby Union in 1871.
By then, Fred Moore had long gone. He was born in 1839 at Oakover, the family farm and vineyard at Guildford in the Swan Valley, WA. His father Samuel had emigrated from Ireland after the failure of a glass manufacturing business, and became a prominent businessman, with interests that included farming, cargo shipping and the chairmanship of the Western Australia Bank; but he died in 1849, leaving his wife to look after a young family.
Fred had to grow up quick, and the following year, aged just 11, he took over the wine production on the farm, and showed a precocious talent in doing so. However, he needed a formal education and when he was 14 he was sent to Sydney, and from there to London, to finish his schooling. He went to Blackheath Proprietary School, a small boarding establishment in the suburbs, where the boys played a carrying game of football, an approximation of rugby rules. After he left, wanting to keep up his sport, in 1858 he was one of the founders of Blackheath Football Club, and in 1863 was appointed club captain, hence his involvement with the foundation of the FA.
The following year Fred was to leave England for good. Using the knowledge he had gained on the family vineyard, he worked a wine merchant in London with his uncle’s company, Dalgety and Co, a growing import-export agency. In 1864, Dalgety & Co sent him to New Zealand and he spent the rest of his career with the company, based in Dunedin, Christchurch and Tasmania before settling in Sydney, where he became managing director and was a prominent NSW businessman, also director of Imperial Insurance and of the Union Bank of Australia.
A man of broad interests and intellect, he was a Fellow of the Royal Geographical Society and a member of the Union Club in Sydney and of the Australian Jockey Club.
He married twice, and lived to the age of 95, the last survivor of that historic meeting of the Football Association in 1863. He died in Hobart on 2 April 1934 and is buried in the town’s Cornelian Bay Cemetery.
Fred was the nephew of George Fletcher Moore, the first Advocate-General of WA, who wrote his impressions of this State in the book entitled Ten Years in Western Australia. His sister was Mrs. Annie Fletcher Wittenoom, and his brothers were William Dalgety Moore and Samuel Fortesque Moore, all of whom were well known in WA. His mother was Miss Dorothy Dalgety, whose father was one of the last military commandants in the Tower of London.
Interestingly, author Arthur Conan Doyle wrote of Sherlock Holmes offsider, Dr John Watson, playing football with Blackheath.