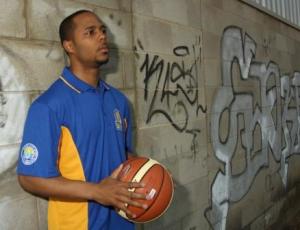 American Lay is presently going through the motions to secure Australian residency which could free up another import spot.

Under SBL rules, each team is restricted to two non-Australian players on its roster.

But should Lay become an Australian resident this could allow the Buccs to beef up its list with two more imports.

Lay, who is married to Geraldton girl Natasha, said he was being considered for permanent residency and is likely to find out in the next month if his application was accepted.

The luxury of fielding more talent is a needed boost for the Buccs who this year missed the playoffs for only the second time since entering the SBL in 1989.

Buccs operations manager Scott Rubery said it would be up to Basketball Australia to decide about Lay’s playing status once his residency is processed.

“He’s got paperwork going back and forward at the moment with Immigration,” he said.

“But we’re hoping once he gets it (Australian residency) Basketball Australia can permit him to play as an unrestricted player, which would allow us access to two imports next season.”

Meanwhile, Buccs import Todd Brown departed Geraldton on Monday for a holiday on the East Coast before he flies back to Modesto, in northern California.

Brown said Geraldton “would always have a special place in his heart” and even left the door open for a return.

“Me and my wife loved our time here and if the chance to return came up that would be really fun,” he said.

“Geraldton will always have a little spot in my heart.

“But looking back at it, it was great playing with these guys and I loved being here. It was a great experience for me.”

Brown’s only regret about his debut season with the Geraldton camp was not being able to do more to help the team reach the play-offs.

“It was an up and down season for me and for the team,” he said.

The 23-year-old said he would take some time out before pursuing playing options in Europe over the coming months.