End of an Era For The Wolfpack Family 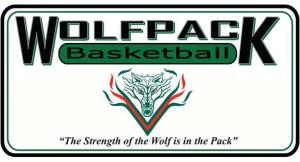 It is with mixed emotions that the Wanneroo Basketball Association announces the impending retirements of Life Members and longstanding employee’s Van and Mary Kailis.

Van and Mary have been at the forefront of the growth of the sport of basketball in Wanneroo, when Joondalup Basketball Stadium was located in the middle of the bush – being only the second building to be built in the Joondalup City Centre. Since that time, they have lived through the many ups and downs that are experienced through the management of a large sporting organisation – whilst working alongside many great names of the game including Cal Bruton, Vince Kelley, Dave Hancock, Maryanne DiFranceso, Natasha Bargeus, Jenny Beford, and more recently Mick Downer, Greg Hire, Craig Friday, Damian Matacz, Rob Beveridge, Vlad Alava and Ben Ettridge just to name a few.

After nearly 30 years as part of the Wolfpack Family, it was great to see the Kailis’ reminisce about the many strong friendships they have developed over the years, and also the natural lifecycle that you see through a family based club such as the Wolves. “I have always enjoyed seeing the kids that I coached many years ago return to the stadium with their own kids, who are now playing in our domestic competition, and also some who now have their grandkids coming down to watch games” Van quipped. During their time with the Wolves, it truly has been a family affair for the Kailis’, with their own children also playing within the Association over that time.

Van’s coaching pedigree is like a highlight reel - A former SBL coach of the year (1990), coaching the Wolves WSBL to two championships (1986 and 1990), working as an assistant coach of the Wolves Mens SBL team, and also working as an assistant coach at the Perth Breakers in their inaugural year in the National Womens Basketball League to Dave Hancock. He has coached numerous WABL teams, toured with the U/14’s boys and girls teams to the National Club Championships, and coached WA State teams. He is well known for his USA development tours, taking both girls and boys teams to the USA for tournament play over a 20 year period.

Mary’s relationship with the club has also reached comparable heights, being a former recipient of the Basketball Australia Female Administrator of the Year in 2005, and being awarded Life Membership of the Association. Mary has worked hand in hand with many of the elite coaches in Western Australia, and has ensured that the Association has been able to function at an elite level year in year out.

On behalf of the Wanneroo Basketball Association, please join us in wishing Van and Mary all the best in their retirement.

Although we will all miss them dearly and there are some big shoes to fill, Van and Mary have worked hard as part of the Wolfpack Family for many years and have earned the opportunity to enjoy more time with their family; Peter, Tarryn, Andrew and Melissa and their grandchildren; as well as looking forward to an overseas trip or two.

Whilst we say goodbye to Van and Mary in December this year, we do not say farewell. Van and Mary will continue to support the Wolfpack and will assist in a transitional role as new administration staff are welcomed into the Association.

With both State Basketball League teams featuring in the 2015 semi-finals this week, it is just a little bit more inspiration as the teams now look to win it all one last time for Van and Mary.

The Wanneroo Basketball Association is finalising an organisation restructure, with initial employment opportunities set to be advertised in the near future.