Buccs not settling for anything less than a Championship 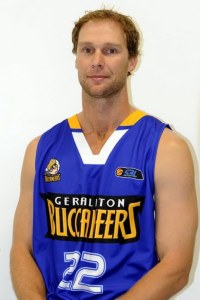 The Sun City Plumbing Buccaneers are not settling for anything less than a championship this season.

Rookie coach Mark Heron said the squad is ready to win the club’s second SBL championship and first since 2000.

A top four finish in the regular season will go a long way to helping the Buccs build on their first round playoff exit last season.

“A championship is what we are here for and that is our ultimate goal,” he said.

“I have the theory you need to be in the top four at the end of the season to win the championship so that is what we will be aiming for.

“To get home court advantage in the playoffs is a big help and we will want to take advantage of that.”

Heron will be in the coaching hot seat for the first time in his career tomorrow night when the Buccs play Rockingham Flames in Perth.

He will be without import Odarty Blankson whose paper work from the USA is yet to be cleared.

Heron was hopeful the process would be finalised in coming days and Blankson would be available for the teams’ opening home game against reigning champions Joondalup Wolves on March 22.

Heron, a former SBL champion with the Goldfields Giants, has also signed the exciting Bennie Lewis and returning import Carter Cook for the 2014 season.

He said the team has improved its depth this year and it has showed during preseason.

“We had the squad we wanted last year, but this year we have 17 guys that can play SBL minutes fighting for 12 spots on the team,” he said.

“Everyone is fighting for spots and pushing hard in training which has made for some intense sessions.
“Some of the boys have said it has been the hardest preseason they have done.

“Our main focus was to do a lot of repetitive sprinting to get the fitness up.”

Heron has promised the Buccs will adopt a run and gun style of play, trying to run their opponents off their legs.

He also said the first half of the season is extremely important.

“Although we had a good season last year the slow start killed us,” he said.

“We pushed really hard through the middle stages of the year and played our best basketball in that part of the year.

“We want to get a good start to the year and then we can get set ourselves up and plan our assault on the finals.”