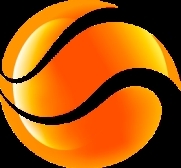 The top eight has been set in the WSBL and MSBL after a thrilling final night of regular season action that saw the last seconds played determine the top eight in the men's draw.

In the Men's competition the Wanneroo Wolves had already secured first place and Lakeside second while Cockburn wrapped up third on Friday night.

For the other end of the top eight, four teams were left fighting for two spots with the Goldfields Giants taking seventh with a 98-92 win over Mandurah that pushed the Magic out of the top four.

Their country rivals Geraldton saw their top eight dreams fall out of their hands after defeating the Redbacks 110-85 only to see the Eastern Suns upset the Cougarsw 98-93 to fall out of the eight on head-to-head.

Perry Lakes could not defeat the Lightning to give themselves a chance of a top eight position, going down 124-85.

For the WSBL the top eight was determined last weekend, however the top five positions were all up for grabs.

Wanneroo Wolves secured first place on Friday night with a 85-50 victory over the Cockburn Cougars, they take first place over Willetton Tigers on head-to-head.

In a three-way tie the South West, Rockingham and Kalamunda were seperated on head-to-head. The Slammers taking third, Flames fourth and Eastern Suns fifth all on points percentage in their games played between each other.

Positions six to eight were all assured with Perth Redbacks, Lakeside Lightning and East Perth Eagles rounding out the top eight.

The Perry Lakes Hawks have missed out on their first finals since 1991, falling just short wby just one game.

The quarter finals schedule will be released on Monday.