A look at the men's SBL teams not in playoffs 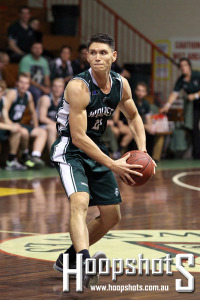 THE Joondalup Wolves, Perry Lakes Hawks, Cockburn Cougars, Willetton Tigers, Kalamunda Eastern Suns and Goldfields Giants missed out on the 2014 men's SBL playoffs and here is a look at how their seasons went.

The Wolves made last year's men's SBL grand final and won the 2011 championship, the Hawks were in the semi finals, the Cougars won the 2012 title and the Tigers won the 2010 championship so it wasn’t a position some of the teams were too familiar with either.

The Joondalup Wolves will not be playing finals for the first time since 2007 coming off winning the 2011 championship and finishing as runner-up to the Lakeside Lightning last year.

The Wolves did lose Damian Matacz to retirement coming into the season, but still for most of the campaign looked set to make the playoffs.

They did lose four straight matches mid-season and coming into the final round had won five of their last seven matches but their fate rested in the hands of the Mandurah Magic who won their final match to secure a playoff berth and ensure Joondalup didn’t make it.

Seb Salinas had a standout season for the Wolves with Trian Iliadis and Rob Huntington still strong contributors, but they didn’t quite have the firepower of recent years despite the arrival of import Ephrem Davis for the last 12 matches where he averaged 17.6 points and 9.6 rebounds a game.

It wouldn’t take much for the Wolves to again be a title contender again next year and they in fact could very well have been this year if they ended up in the playoffs.

Perry Lakes is not taking part in the playoffs for only the second time since 1992 and despite coming off a 2013 where the Hawks finished the regular season in second position and only narrowly missed making the grand final.

The Hawks still had a good line-up on paper as well in 2014 with the likes of Justin Cecil, Ben Purser, Corey Easley, Josh Garlepp, Rob Cassir and Ben Dixon, but for whatever reason they only managed to record 11 victories and were always battling to remain in playoff contention.

It was an up and down season for the Hawks and they never really got going, but they also have enough pieces of a potentially championship-calibre team that with the addition of maybe one strong import for next year could quick rise back up the standings.

The Cougars finished with an identical 10-16 win-loss record to what they had at the end of 2013 as the defending champions and once again were out of the playoffs hunt several weeks before the finish of the regular season.

Locals Gavin Field and Damien Scott fought hard and contributed strongly right throughout the season for the Cougars while Seva Chan was solid as point guard, but they just didn’t have enough support.

Anthony Borden was underwhelming as an import big man and Cockburn just didn’t have enough support to help out Field and Scott to have them be a force against stronger opposition.

However, with the core of Field and Scott, the blocks are there to build around for next season if they can get one, if not two, strong imports.

The Willetton Tigers had two of the most productive imports in all areas in the entire SBL in 2014, but Quinn McDowell and John Dickson simply didn’t have enough support around them.

The result was the Tigers winning just eight matches for the season to miss out on the men's playoffs for a third straight year with them now having played in the finals just the once since winning the 2010 championship.

The team might have struggled to rack up the wins, but both McDowell and Dickson had no trouble putting up supremely impressive numbers right across the board.

Another positive for the Tigers without question was the continued emergence of Nic Cody with the 21-year-old finishing the season averaging 12 points and over five boards a game.

For the second straight season the Kalamunda Eastern Suns had a difficult time of it but at least in 2014 they avoided the wooden spoon and won two more matches than in 2013.

There were some positive signs as well for the Eastern Suns with the continued improvement of young big man Louis Timms (20.3 points, 9.0 rebounds) and the strong form of Adhar Mayen (17.5 points, 7.6 rebounds, 3.9 assists).

Ben Smith again did all he could for the Suns as well as the leading goal scorer without Nevill.

However, it can't be ignored how much of a different team the Eastern Suns were with the presence of Nevill. In his six matches, the Suns won three of their six for the season including a thrashing of the second-placed Rockingham Flames.

In those six matches, Nevill finished with a dominant average of 32 points and almost 13 rebounds a game, and he also made Timms even more of a dangerous threat at both ends. A Timms-Nevill combination for 2015 should be something the Suns do everything they can to try and make happen.

Even without Nevill, Kalamunda was a much more competitive unit by the end of the season than it was at the beginning of the year and that should only bode well for a much-improved 2015 all things considered.

For the second straight year, the Giants were never a playoff chance in 2014 and that's disappointing for a proud club from Kalgoorlie who between 1993 and 2011 had been a consistent outfit only missing out on the finals three times, and winning two championships from five grand final appearances.

However, for two straight years now the Giants have only managed 5-21 record which saw them finish second last in 2013, and now with the wooden spoon in 2014.

The recruitment of Tommy Hannon didn’t work out and Michael Haney was limited to just 11 games, but the Giants did become vastly more competitive with the arrival of Adrian Majstrovich for the final 10 matches of the season as he put up huge points and pulled in plenty of boards.

Duran Blue also proved to be a consistent performer for the Giants but they will need to do much more in 2015 because it's unlikely the loyal Kalgoorlie supporter base will want a third straight disappointing season.